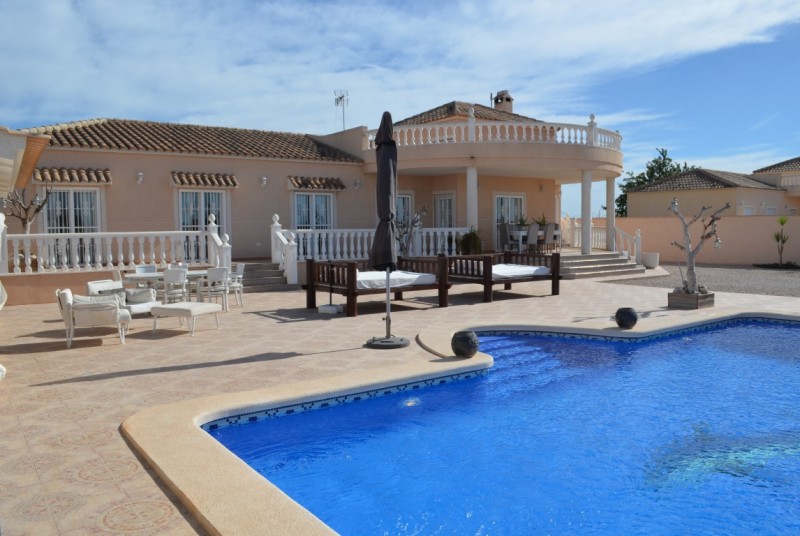 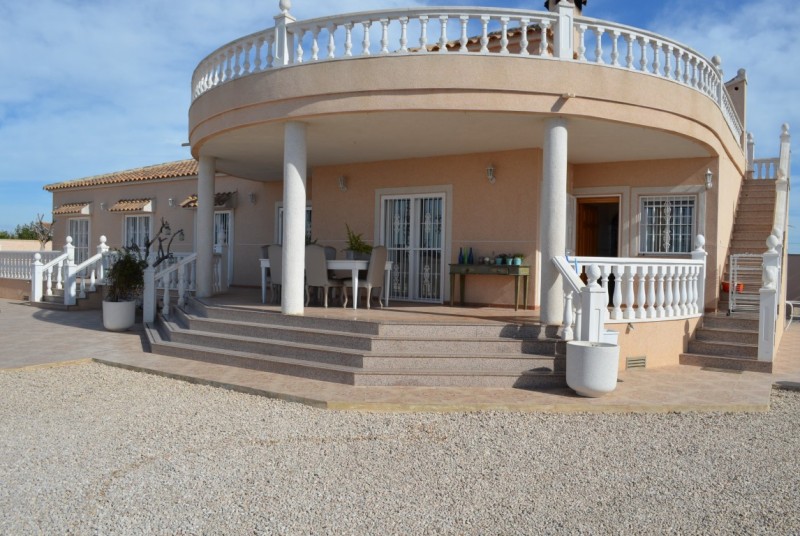 Your villa near by Catral

This well appointed holiday house is located in the outer area between Catral and Dolores. From this property to the beaches of Guardamar del Segura is about 15 minutes drive. This holiday villa is magnificent to celebrate the holiday with your family or with your friends, you will have an incredible holiday over here. The house has 5 bedrooms with box spring beds and 3 bathrooms, a spacious living room and large kitchen with all modern conveniences. In the living room and two bedrooms you have access to satellite TV with Dutch channels but also a various off foreign channels, you also have access to Wi-Fi wireless internet. Outside on the plot of 2000 square meters you have access to several lounge beds a trampoline for children and an outdoor heated pool, here you can find also the outside kitchen and you also have access to a barbecue where you can prepare a delicious meal. Given the location of this property is not suitable for groups consisting of young people.

Mandatory fees to be paid on arrival:
Cleaning: 220 euro
Bed linen and towels: 20 euros per two people Electricity: 0.25 per kWh retained after the rental period of the deposit