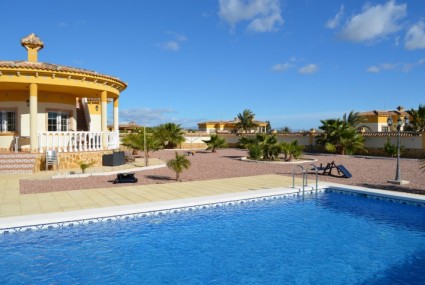 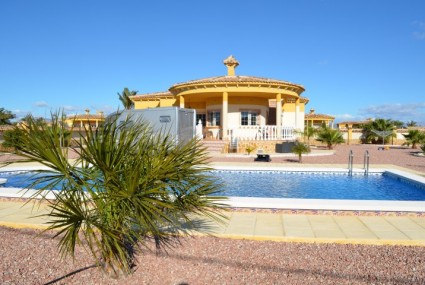 Beautiful villa on a plot of 2000m2 with private pool, lovely terraces and a BBQ, but in a nice quiet area

This villa near by Catral

This Villa is a beautiful and peaceful Villa in Catral, Costa Blanca Spain. This house has been carefully and attention to detail by the owner, the property includes a well equipped kitchen and is equipped with all modern appliances including a dishwasher, oven, microwave. The living room has a sitting area with Led Tv with Flemish channels, there is a dining area that can offer up to 6 people. The 3 bedrooms have new beds and mattresses, also have 2 bathrooms, one with bath and the second bathroom with a shower, two bathrooms also have a toilet. In the outdoor area of 2000m2 you access to wonderful terraces and a beautiful swimming pool where a delicious refreshing dip in can take. In the immediate vicinity you will find the places Catral, Dolores, Alicante, Rojales, Rojales, drive a little further you will find the cities of Alicante, Murcia and Torrevieja. From this house to the beach in Guardamar del Segura example takes you about 15 minutes. Want to enjoy a day of shopping you can do so in the Habeneras Torrevieja, La Zenia Boulevard, La Zenia, and in the Nuevo Condomina in Murcia. In short, the house is quiet yet close to everything.

General
Around the house
Kitchen
Sitting room
Entertainment
Other