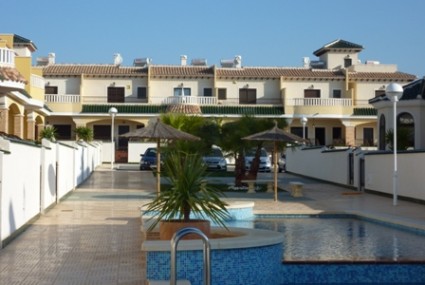 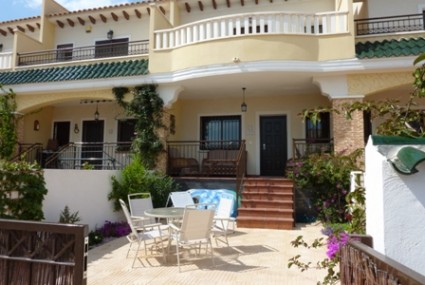 Your villa near Rojales

This villais centrallylocatedwithin walkingdistanceof shops andseveral restaurants.It has a sea viewand within 5minutes you can drive to the beach.The houseis furnished withmodernfurniture and in the living room you can find a satelliteTV.(LCD screen) DVDplayer and aRadio/ CDplayer.In the kitchen you will have a ,microwave,dishwasherand other modern equipment stock.The villa hasthreebedrooms,twobathrooms,(onewith a large bath). From the mainbedroom you can walk on a balconywith sun bedsand enjoy over there the sea views. Between the villas you find a communal swimming pool and paddling pool.

Mandatory fees to be paid on arrival:
Cleaning: 95 euro
Bed linen and towels: 20 euros per two people
Electra: 0.25 per kWh retained after the rental period of the deposit